Just like all art forms, photography is a skill that you develop over time: The more you practice it, the better you’ll get. While there are plenty of photography techniques and skills to master, learning how to use lighting should be at the top of your list. Once you understand lighting, you can then manipulate it to take better photos in any environment.

When it comes to the different types of photography lighting techniques, it doesn’t get much better than natural light photography. Beginners and seasoned pros alike can seriously improve their every day and landscape photography by learning how to use natural light properly, particularly by shooting during the golden and blue hours.

What are the blue and golden hours in photography?

As any photographer knows, lighting can make or break a photo. This is true of all types of lighting, from artificial light sources to natural light. If you’re particularly interested in natural light photography, the blue and golden hours are without a doubt the best times of day to shoot. During these times the light has a soft, almost painterly quality, and there are fewer dark shadows to deal with.

It’s important to note that while photographers call these periods “hours,” they might actually be longer or shorter than an hour depending on the weather, season, and your location. Since the light can be unpredictable, the key to shooting in the blue and golden hours is speed. You may not have an entire hour of glorious light, so you want to move quickly!

Why photographers love the golden hour

During the golden hour, the light is soft and warm. The low angle of the sun helps diffuse light, makes colours pop, and builds depth and texture. In other words, this time of day can make any subject look its absolute best.

There’s also less contrast during golden hour, which means you can capture the smaller details in your scene without having to sacrifice highlights or shadows. The result? Golden hour photos that look exactly like the scene in front of you.

In comparison, if you shoot in the middle of the day, the bright highlights or deep, dark shadows may ruin your photos, and will make the photo editing process harder than it needs to be. As a photographer, working with high contrast can be frustrating, which is why it’s easier to shoot during the golden hour instead.

How to shoot stunning landscapes during the blue hour

Once the sun has dipped below the horizon, it takes a while for the sky to go completely dark. During the transition period from twilight to nightfall, the sky takes on a deep blue colour with a hint of red, orange, or even pink closer to the horizon line.

If you’re an early bird, you’ll see the same thing the hour before sunrise, when the world is still waking up. The sun hasn’t risen fully, and a rainbow of crisp colours often streak the sky, presenting the perfect opportunity for stunning blue hour landscape photos.

Many photographers use the blue hour to capture cityscapes, streets, and other areas that are lit up by artificial lights. The combination of well-lit scenes and moody skies makes for very ethereal blue hour photos that are popular on social media.

The blue hour is also a great time to shoot in black and white, and to photograph water. When the sun sets, the reflection of the light on the water illuminates it in a unique way.

If you’re interested in blue or golden hour photography, the good news is that the light does a lot of the work for you! For best results, however, you may want to have the following gear handy:

Since the sun is less powerful during both the blue and golden hours, you’ll need to adjust your camera settings accordingly to let more light in.

To nail your exposure, play around with these blue and golden hour photography settings:

How to make the most of the blue and golden hours

The blue and golden hours are nature’s gift to photographers, but you’ll only have a short window before the light changes. To make your shoot as productive as possible, follow these tips:

Landscape photographers are obsessed with the blue and golden hours – and with good reason! The light is at its absolute best during these times, which makes for stunning atmospheric photos, in addition to far less work in the post-production editing stage. In short, it’s a win-win! 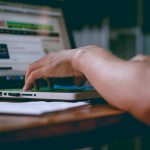 The Advantages of Renting Camera Gear before Buying
January 29, 2020
0 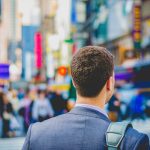